this is a test 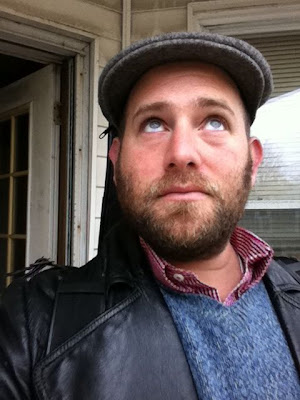 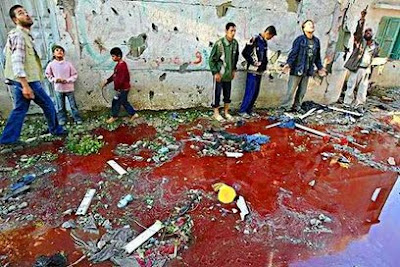 I’m rather depressed these days. It’s been years since anything I’ve done has turned out successfully—with a few rare exceptions—and I’m falling into the thing which afflicted you a couple of years ago—a failure of the will, shall we say. My ambitions seem far beyond my talents, and light-years beyond the vicissitudes of my character, and I think of this enormous novel I’m now starting, which could well take ten years, and if done properly, it must be unpublishable except in green-backed French “dirty” editions, and I’ll be middle-aged when it’s done, and somehow I just don’t believe in myself the way I used to, and indeed, worst of all, it doesn’t even seem terribly important. I’m beginning to have the tolerance of the defeated—people I would have despised a few years ago now seem bearable—after all, I say to myself, I haven’t done very well with all the luck I had, and perhaps I do wrong to judge them. Naturally these states proliferate. The desire to work recedes, and as it recedes one welcomes the depression of not working which increases the difficulty to begin work again, and it gets to be a drag. You know I think of these miserable years since the war and how everyone I know has been diminished by it, their rebellion tempered, their caution swollen to cowardice, their malice to hatred, until the worst of all is that I get close at times to thinking that perhaps we have overrated the possibilities of people, and then life becomes dreary indeed. Forgive the tirade. You have your depression, I have mine (I too am smoking again). . . . Now, of course, all this is every artist’s anguish—so many of us could have been geniuses if everything had worked out right—
Posted by Shimshon Stu Siegel (shimstu) at 10:14 PM 18 comments:

Labels: art, hummin and drummin, moodier than i thought, projects

I'm back in Jerusalem. At work. At my desk. Slept on and off today until about 1pm, and have been here at the office since 2. It feels like forever, but it's only been 3 hours. Since i triumphantly entered the City of Gold on Sunday afternoon, I've had 2 nice home-cooked meals with 2 friends, eaten some borekasim and a nice felafel, lathered up for a soothing shave and enjoyed the familiar comforts of my futon.

Today at work I am sucking eggs.

I am a total bust when it comes to planning.

If I have to run a session, have a one-on-one with a kid in crisis, or arrange the schedule for the next week, I click into action. Rock n' Roll.

Right now I have a few nebulous planning and preparation tasks to do. I've done exactly zero in three hours. Well, not zero. I created a new archive folder on my Yahoo! mail, and berated the new maintenance kid for taking a box off of my desk. And I ate a big styrofoam bowl of Ramen noodles, and talked a lot to Adi, my new co-worker, and Haggai, my co-worker-turned-boss.

and i listened to 2 Elliott Smith albums. AND i checked my email and facebook 37 times each.

I know there's a spark of fantastic livingness and dynamism out there. I can see it out of the corner of my eye.
Posted by Shimshon Stu Siegel (shimstu) at 5:01 PM 2 comments:

that special feeling of international brotherhood 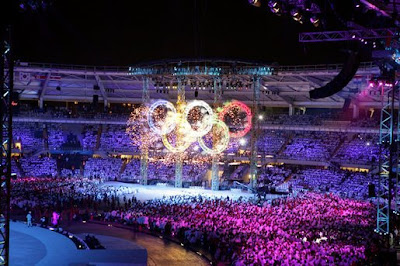 at the end of today's olympic ceremony,
they slipped in a little piece of information:

that show cost $300 million to put together.
for three hours of spectacle.
you could take care of the needs of a small town for a year for that kind of money.

Some time soon is Tisha b'Av, the Jewish Day of Mourning (the Day of Destruction). It is a fast day. I actually plan on ignoring it. Just to see how that feels.

I found this bit on the old blog, from last Yom Kippur, and sorta thought you guys should read it, whoever you are:

The next Yom Kippur is about 2 months from now. I have no idea what I am going to do for the Holidays. I feel zero desire to be in a synagogue praying. Maybe I should go back to Uman...
Posted by Shimshon Stu Siegel (shimstu) at 7:31 AM 4 comments:

remember the Old Wanderingstu?? Especially the early days of it, when it was all tales of adventure?

anyway, after spending time today with 2 of the blog's most devoted fans, Red Neck Aunt and Jenny B [from around the way], I felt compelled to post. As the blog is a small, holographic slice of me, it is natural that I just don't know what to do with it. An overemotional 16-year old art kid, I know what to do with. But me? This blog? Tomorrow? Nah...

I've been considering starting another blog, a secret blog, on which i can dump all of my true emotional turmoil, all the stuff that I fear to put here, lest past, present or future "employers" or "students" happen to find it, and realize the muddy reality of that entity they now call "Shimshon Stu Siegel." What if they find out that I still wish I was 16, sitting in my car on the side of some lonely road and listening to The Cure?

What the hell if?

Like usual, I don't know what to do with this blog.

But at least I've posted.

Labels: hummin and drummin, moodier than i thought

Someone Tell Me What i Missed!

No, i haven't blogged in a long time.
Yes, that's lame.
Yes, I am frustrated that The Dark Knight was jumbled, uninspiring, less-than-epic and not very dark.

And NO i don't understand why the rest of the world is blowing so much smoke up batman's tailpipe: http://www.rottentomatoes.com/m/the_dark_knight/

someone please explain. PLEASE
Posted by Shimshon Stu Siegel (shimstu) at 8:28 AM 12 comments:

Tonite is Shavuot. The Pentacost. The Feast of Weeks. One of the 3 great Jewish Pilgrimage Festivals. The end of the 7 weeks since Passover. The day of the Giving of the Torah.

After a lovely dinner at the home of my colleagues Marc and Miriam Kaye, we had more than 20 of our students show up for some all-night learning. At around 3am some of us strolled over to a place called Pardes for a class. I left in the middle, and began to head home.

Dozens of people were on the streets, walking towards the Old City, to the Kotel (the Western/Wailing Wall) in simulation of the ancient pilgrimage to the Temple. Dozens of people, joining the crowd from every side street, flowing towards Mount Zion. I stood in the middle of the road and tried to catch a cab.
Posted by Shimshon Stu Siegel (shimstu) at 4:42 AM 1 comment:

lookin at me these past few weeks

I removed my beard last August or September, shortly before Rosh Hashanah. By February, I had this huge, fabulous beard that served me well in my burly role in Man of LaMancha. But lately, when my beard gets too long, I begin to pull it out obsessively (non-chronic trichotillomania). So, just before Purim a little more than two months ago, i shaved the giant beard. Then i had the trashy mustache and scrub growth (it was part of a costume.....) Then i cleaned it up, and shaped the mellower mustache with the little van Dyke (you might erroneously call it a goatee), and kept the hair short- After a little while with that, I scrapped the van Dyke and went pure mustache- Then i stopped shaving, and let it all grow in, starting after Pesach (sort of for the Omer). Just imagine me with a small beard. "Normal," you might say. Two weeks ago, knowing that it would have to all go for my role as Father Flynn, I returned to the mustache, this time, with handlebars (no pics- darn)

Last week, I shaved it all, even the nubs of the sideburns up to the ears. I think that this is the first time I've had NO sideburns since 1990 or so. Clean, clean, clean. I've actually been shaving every day, and am learning to shave at the sink, rather than in the shower. Next thursday after the last show, i'll shave my head and probably start growing the beard back. If I could lose like 30 or 40 pounds i might could go beardless for longer.
Posted by Shimshon Stu Siegel (shimstu) at 10:46 PM 4 comments: